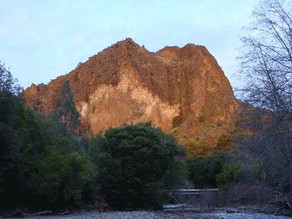 The beautiful Sierra Nevada Mountains have been explored and settled by representatives of many cultures throughout history. However, the first to call the area home were the Yana. This indigenous people were comprised of four groups: the Northern Yana, the Central Yana, the Southern Yana, and the Yahi. Unfortunately, after contact with Euro-American settlers (ca. 1848), the Yahi-Yana were virtually eradicted and, in fact, thought extinct until a lone survivor, named Ishi, came out of hiding in 1911. Ishi died in 1925 and, with his passing, the Yahi-Yana ceased to be federally recognized as formal tribes. However, the Yahi-Yana left their mark on the land, and this region is home to abundant occupation, subsistence, and tool-production sites. Sadly, archaeological sites in this area also have a long history of destruction and looting damage. PIT volunteers will once again join Forest archaeologists to perform archaeological survey, record discovered sites, and monitor known sites for damage. This is an important project in a beautiful and archaeolgically rich environment - we hope you'll join us for another "hike into the past" this June!