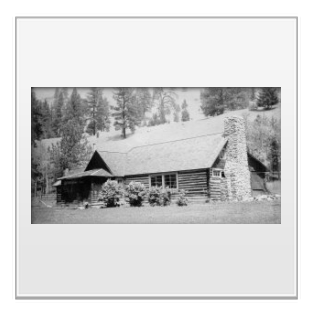 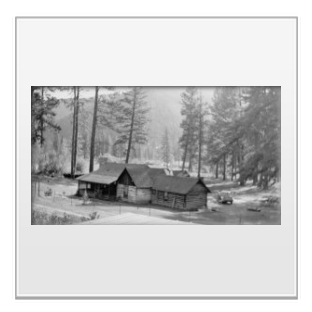 The Lolo NF Heritage Team and another group of outstanding volunteers completed another successful PIT project at the Morgan Case Homestead, formerly Puyear Ranch. As a result of the efforts of 11 volunteers from California, Colorado, Idaho, Illinois, Montana, South Carolina, South Dakota, Tennessee, Texas, and Washington, the Morgan-Case Homestead is closer to being restored to its historical appearance, and needed maintenance requirements are being met. Before long, the homestead will be available as part of the recreation cabin rental program on the Lolo NF.
The number of tasks completed during the two-week project was far more than we had anticipated. Ice and water shield was applied to the entire roof system, and flashing was installed in the valleys and on the fireplace chimney. Number 1 Blue Ribbon Certi-grade cedar shingles were applied to the entire west side of the building and the majority of the east side. A subfloor and supporting structure were installed on the back porch, and the doorways were widened and framed to meet universal accessibility standards. Finally, the wall to the south was realigned, and soffet and fascia work was completed.
Despite working atop scaffolding and on steep roof pitches, the project was accomplished professionally and without a single accident. Visitors to the project included FS Northern Region Heritage Program Leader Mike Beckes, Lolo NF Implementation Officer Sam Redfern, Lolo NF Landscape Architect Elizabeth Casselli, and Missoula District Ranger Don Carroll.
Let’s not forget the delicious meals prepared by Fred Bischoff. If there was any weight lost as a result of our exertions, it was quickly replaced by unique savory feasts and timely hot lunches. One of our regular volunteers, Steve Hutchinson from Libby, produced a delectable strawberry-huckleberry-blackberry cobbler from his Dutch oven.
Much of the success for the planning and execution of the project goes to Missoula District’s Gene Thompson, with support from District Ranger Don Carroll. These two, in company with Rodger Free, Sydney Wimbrow, and myself, undertook the supervisory and safety duties as well as participating in the shingling project itself. Missoula District craftsmen Carl Anderson, Al Fix, and Eric Turbeyville also contributed their significant expertise. Most of the success, of course, must be credited to an amazing group of volunteers. Thank you for a job well done!
Home | About | Current Projects | Previous Projects | PIT Honor Roll | PIT Highlights | Announcements | Contact | General Site Map
Back to content | Back to main menu